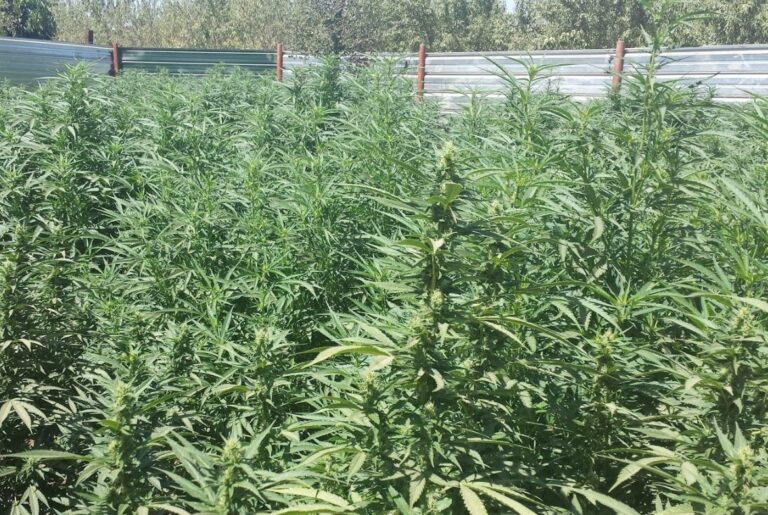 When I awoke Wednesday morning to the birds chirping outside the window and the smell of the cannabis plants wafting in the air, my first thoughts were of the CBD plants that the Sisters lost. Or, more accurately, the CBD plants our growers lost. It caused my brow to furrow.

I had just learned the night before, that most of the crop didn’t make it. And they didn’t just die recently. They had died a long time ago and no one bothered to tell me. The growers don’t care about the CBD plants, I knew that when I went into this venture, but still, I felt a flare of anger that I didn’t want to begin my day with. I turned over in bed, punching and then re-arranging the pillow under my heard, determined not to get up until the anger was gone.

Math. I’ll do the math, I thought, as I lay there. I counted the total number of plants my grow team had produced for me since we met a year and a half ago. I counted how many died and required replacing, and I determined they had a less than ten percent loss rate overall. That seems reasonable unless you look beneath the statistics and look at the strains. Nine of fifteen CBD plants died. What that means is that sixty percent of the CBD plants died, while only two percent of the THC plants died. I sat up abruptly in bed, appalled at the mathematical evidence.

I recalled Chico shrugging and saying “I guess they don’t like this soil”, as if it were nothing.

It made me angry. I got out of bed and went for my coffee. I tried to ignore the gnawing of my stomach, like antennae, telling me that my carefully constructed ship was about to tank.

I had to face the alarming facts of the matter.

They are CBD killers. Then they don’t tell me so there is no chance of replacing them, as is done with the THC plants.

The Sisters are about to sell out of CBD products.

The Sisters have no CBD plant medicine in stock in order to make more product.

The Sisters have no proven alternative source for the plant.

That little dream of mine of seeing month over month increase in sales was just shot out of the sky with a shotgun.

“I guess they just don’t like this soil”, I said, shrugging and mimicking Chico in a not-nice way. That felt good so I said it again, complete with a shrug.

Damn them. I knew the CBD plants went in the ground later and I knew they were very small compared to the THC plants, and I knew that some wouldn’t make it. But the majority died?

I poured cream in my coffee and took it to my office and decided that I was perfectly justified in being angry and I was just going to go with it. My business partners are a huge disappointment, I announced to my empty office. That felt good too, so I said it again, louder, and with a whine…

Why didn’t they tell me? My stomach churned at the idea that the plants may have all died a long time ago, and that they held the secret for months, let me talk about the plans for the CBD crop for months, knowing all along that my estimates for harvest were way overstated. What the hell kind of growers do I have?

What difference does it make if they are good growers, if they can only grow THC plants and if they withhold important business-impacting facts from me? Why wouldn’t they tell me?

It was six a.m. and I had people arriving at seven thirty a.m. for a group trip out to the Turlock flea market. My nephew needed household furnishings for his soon to occupy apartment and the Sisters of the Valley needed a tortilla press for their oil making process. I poured more coffee, I checked my emails and the ETSY store, and I got dressed.

I spent an hour in my office trying to keep my mind off of the CBD plants and my grow team. But it was gnawing at me. ‘Be cool,’ I told myself. ‘Don’t go blowing up at anyone.’

Over two cups of coffee and a bit of facebook diversion, I calmed down and realized I was just sad. Sad that people are so disappointing. Sad that my nature is to expect the best and sadder still that that fact dooms me to an ever-after-land of disillusionment.

I approached Italia about it as soon as I saw him this morning. He was with his comrades, his fellow farmers, so I probably should have done it privately, but I didn’t feel like sparing feelings. Mine hadn’t been.

They were standing in the garden by the plants when I approached.

“Interesting statistics, Italia. Did you know that your kill rate on plants is only two percent of all the THC plants that you tend, but sixty percent of the CBD plants? Isn’t that a horrific variance?” I asked.

Italia looked around, a sign of nervousness, and said “ah, you noticed that, huh?”

“So when were you going to tell me?” I asked, noticing that the other two workers were wincing as my voice took on that ‘you’re doing battle with me now’ tone.

“Look,” he said, “we lost three of them before they even went in the ground.”

My eyes went wide at the realization that they began deceiving me the night I believed fifteen plants went in the ground.

“So, you pretended to plant fifteen when you really didn’t?” I stopped, realizing the depth and scope of this deceit.

Then I began again, and I didn’t stop for a long while.

“I agreed to do the farm in Mariposa because I needed CBD. Because the Sisters of the Valley need CBD. I wanted to plant ninety plants, you guys wanted only sixty. It went your way. I wanted fifty percent CBD, you wanted twenty-five percent CBD; it went your way. Now I am learning that what I really have is ten percent CBD? And no one told me??

“Jiminy Crickets!” I continued, not waiting for a reply. “A gopher ate one of the THC plants and you guys called out the troops, spent two hundred dollars on organic gopher treatment solutions, you all stopped everything and tended the gophers but nine of our fifteen CBD plants died and NO ONE mentioned it? What is the matter with you?”

“I know, I should have told you,” said Italia apologetically, making it practically impossible for me to go on with my speech, but I persevered.

“So, you wouldn’t know this, but I am in the process of putting together projections, based on sales forecasts and CBD plants, in order to know how much we can make, how much we are going to have to buy, and I was, all along, planning for a thirty pound crop and what did I learn six weeks before harvest time? The Sisters will be lucky to get six pounds. And you didn’t tell me? You didn’t think we would notice? You were putting it off until harvest? What were you thinking?”

Italia offered to help us find more. He felt bad about it. A few hours later, I delivered the same lecture to the grow foreman, but he wasn’t owning it. “You should have counted sooner.” He said lamely, “I didn’t know you didn’t know.” He said lamely. He insisted upon talking about why the plants didn’t make it, instead of talking about what I wanted to talk about, which was why they didn’t tell me when the losses happened. It made me so angry I had to leave the room to count to ten, to take deep breaths, to come back and not shout.

“One or both of you walked me through fifteen plants the night they were planted and led me to believe they were all CBD. That happened! I didn’t imagine it.”

Chico shrugged (again). “I don’t remember that.” He said. I wanted to claw his eyes out.

I took a deep breath and then gave him my lecture on how forgiving my nature is, how much I love people and working with people, but, how I also can’t tolerate deception and they were being deceptive, letting me believe something that wasn’t true. Something the Sisters’ business depends upon.

That was Black Wednesday.

From a business perspective, the loss of the plants was like taking a bat to the knees. We opened the store in July, with about four hundred dollars a week in sales and within ten weeks, we were doing triple that and we haven’t yet spent a dime on advertising. We had a good problem in that we found we were struggling to keep up with demand. Our large salves have been sold out for nearly a month.

Ever since I came to the Central Valley of California, it was my dream to create a business that would draw wealth from outside the valley. It’s poor as hell here, and It isn’t helpful enough just to make a product for the poor locals. It is more helpful to the locals to draw in money from outside the valley, to create jobs for them. CBD cannabis being sold all over the world – that helps with the mission because eliminating poverty is the best healer. Alleviate the poverty, cure the people. And do it on the back of curing others. I love this business for those reasons.

I went to bed discouraged that night. I could find CBD leaf and CBD bud on the internet, in bulk, in pounds and I could buy them, but I couldn’t have them by the next new moon. The American places selling seemed to be sold out and would have you pre-order from their coming Fall harvest. The European companies took four weeks to ship. The new moon is this weekend. I could see the worst happening, like dominoes falling.

No CBD plant meant having no ingredients for the new moon.

No ingredients meant no re-stocking.

No re-stocking meant closing a store that we just opened!

Tired of the theme of the thoughts rattling in my head and determined to fall asleep quickly, I handed my problems over to a higher power. Not very elegantly, in hindsight, but a hand-over happened, nevertheless.

“Hey, you guardians, who are charged with watching over my butt here on the earth plane, I NEED CBD plant! If you guys don’t want to be guarding a pissy Kate, you should put some serious energy into motion and manifest me some plant. I will be schitzo-sad and schitzo-mad and maybe even skitzo-bad if I have to close the ETSY store…” And having duly unloaded myself, I rolled over and went right to sleep.

My angels had to have worked hard that night, while I slept, because the next day was magical, mystical and mighty! The very next day the Universe delivered eight (quantity 8) ten-foot tall CBD plants — fat with leaf, still in the ground but ready to harvest — directly into my wide open arms. But that’s another story.