There are certain things every household in America has in the medicine cabinet.  Aspirin.  Pepto Bismal.  Back in the 60’s and 70’s in middle America, cabinets held Watkins inhalant with that strong eucalyptus smell that mothers rubbed on their children’s chests and put in vaporizers.  Every medicine had a drawing salve, next to the box of band-aides.   It was brown and gooey and also made by Watkins.

When the Sisters made their first batch of salve in the fall of 2014, they couldn’t predict that those topicals would become one of those necessary household medicines.  But when the sisters developed the formula, they did know it had multiple uses and simply labeled it ‘multi-purpose CBD salve’.

The point of the salve was to make something gentle for people to apply to limbs and body parts to alleviate muscle and joint pain.  That was the point.

For many decades, maybe centuries, the Native American cultures made a cannabis liniment with just rubbing alcohol with plant soaked in it.  Many still do use it that way for muscle and joint pain.  Sister Kate was seeking a gentler alternative for the skin with a combination of oils that maximized absorption.

For eight years running, the topical salve has always been more than fifty percent of all sales the Sisters make.  With the addition of a pet line, a CBD Plus line (providing the raw cannabis compounds), the super-strength oil, the mushroom coffee line — with all that product development, the topical salve remains the mainstay of the sisterhood.  “The only time customers get mad at us,” explains Sister Maria wryly, “Is when we run out of the largest size of the topical salve.”

The Sisters make all their topical salves the same way they make all their products: hand-crafted, in a spiritual environment, and by the cycles of the moon.  Over the years, the Sisters have worked to improve their salve recipe and though the original formula stands, the ingredients have been upgraded.

In the early years, men complained about smelling like lavender, so the Sisters responded by introducing a mint alternative.  During the pandemic, the sisters experimented and tested a higher quality of beeswax, switching out vendors and vastly improving the application experience.

As soon as the science was out from the Oregon lab about the resiliency powers of the raw cannabis compounds, the Sisters modified their recipe to include them.

Failures Taught Us Not to Deviate from Natural Plant Material

In the first year of operations, the Sisters had trouble with consistently getting the THC below .3%.  They reached to a university in Italy for isolated CBD crystals.  It didn’t work.  It wouldn’t bind with the coconut oil, separated, and clumped on the top like a sugar coating over the salve.  The Sisters turned their attention back to the plant and have not taken their gaze off since.  Said Sister Sophia on the subject, “We learned the hard way that isolating compounds isn’t the best way to use it for medicine.”

Recently, Sister Kate took a list of 25 CBD brands off of popular ‘best of CBD’ lists published in L.A. and San Francisco and studied those brands.  A look at 25 CBD brands shows that nearly half don’t offer a CBD topical salve.  They were discounted from further analysis and that left 14 companies on the list, including the Sisters.

Of the seven that did have test results, only two – the Sisters and Go Green — had test results younger than 90 days old.  Others had tests dated as old as the summer of 2021.

What’s worse, one might ask, no testing or irrelevant testing?

Questions the Buyer Should Ask

Is the salve company using real plant or just mixing someone else’s oils together?  If they are just mixing oils, they can still have a good product, but it should be less pricey, as it is way less work.

Is the salve company making it from cannabis plant or CBD isolate?  Those using the latter brag on their stores that they are 0% THC, but that says to many that they are using isolate and that the medicine will not work very well.  All CBD products work better with less likelihood of negative side effects (like headaches) if the THC is present, even in micro-dose quantities.

Is the salve company testing regularly?  Routine lab testing for potency is very important, especially as the tests get more sophisticated and can and do identify a wide variety of medicinal compounds.

Explained Sister Sophia, “We bought the same ‘organic’ beeswax from a Sacramento company that tested clean year after year, test after test, but in our 7th year of ordering from them, a pesticide showed up in the beeswax, contaminating a whole batch, and we had to switch vendors.  Their ‘organic’ stopped being organic at some point and we knew before they did because of our routine testing.  Testing guides our activities.  I don’t know how people can manage medicinal batches without them.”

If you remove from the list of thirteen all of those who have old test results, you are left with the Sisters of the Valley and Go Green.  Go Green also posts current test results, but they use isolate instead of plant, their formula does not have the raw compounds, the other oils are not formulated for  absorption, and the company does not use a third party reviewer.

The Sisters salve ticks all the important boxes.

Why we should all care about raw CBD

In the ending months of the pandemic, scientists in Oregon discovered the anti-bacterial qualities of the raw plant medicine in their Covid experiments with rats.  Within months, the Sisters changed the salve recipe to incorporate these raw healing compounds.  The chart below shows how the acidic (raw) compounds increased, with similar increases in CBC and CBG.

The reason we should all care about the raw compounds is because they contain stand-alone healing compounds.  As well, these raw compounds contribute to an entourage effect that increases overall resiliency to infection and disease.

CBGa           In the very early stages of research.  More is known about CBG, but doctors in Maine and California are using controlled doses to treat pain, anxiety, sleep disturbances, and autism symptoms.

CBCa            More is known about CBC than CBCa, but the transformed compound (the former) is known to be helpful in treating depression and for use in mitigating cancer treatment symptoms.  CBC is known to promote growth of new brain cells.  It is effective as an anti-inflammatory and for pain relief.

The precise medical contributions from the CBCa and CBGa are under study, but science has already declared that these three acidic compounds (including CBDa) work together to fight infection and improve resiliency.  Not much is known (yet) about how the isolated compounds prevent disease, but the raw compounds definitely have the attention of the scientific community worldwide.

Most Common Successes as Reported by Customers

The Sisters of the Valley, in the first years of operation, kept meticulous track of all customer feedback and reviews in an excel spreadsheet.  The sisters even launched a separate review website to share those reviews, as the laws were so strict they wouldn’t allow product reviews to sit in the same place where CBD products sit, on a virtual store shelf.  That’s because the FDA, in their infinite wisdom, decided reviews are claims.  Someone saying they use our salve to replace sleeping pills is, according to the FDA, making a claim.

“I think the pandemic made the world get real,” explains Sister Kate.  “We still can’t legally advertise anywhere, but at least we can show our reviews.  It’s a step.”

Surf the reviews here.  The viewer quickly gets the sense that people rely on the sisters for pain relief.  “Most bad reviews come from ex-Sisters or people who are not fond of our social-democrat politics,” explains Sister Maria matter-of-factly.

Most Popular Uses for the Sisters’ Multi-Purpose CBD Salve

The following successful applications and uses have been repeatedly reported to the Sisters:

The Sisters of the Valley make and test all products by the cycles of the moon.  All batches are started on a new moon and finished on a full moon.

Said Sister Sophia about the process, “We don’t have a factory.  We don’t want a factory.  We meditate and pray through the process.  It is healing and we believe that sacred healing energy affixes itself to the medicine we make and travels to the person who needs healing.   Every jar is hand-crafted.  Every batch is lab tested.  It is an expensive process. We don’t rush anything.  We control the environment around the medicine to make sure it stays positive and pure.  We believe all of this is necessary to respect the plant, and to get the best results from the medicine.” 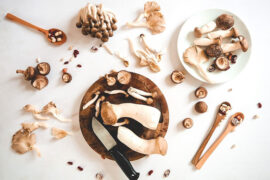 8 Reasons to Grow Your Own Mushrooms 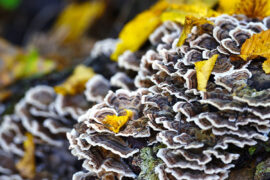 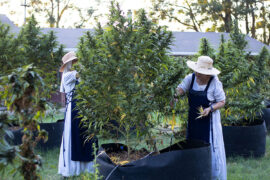 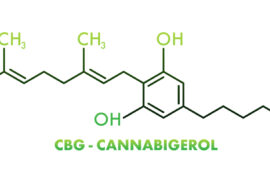 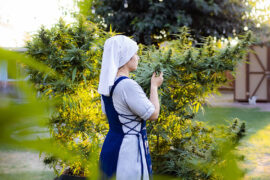 Hemp Plant vs. Marijuana Plant – What is the Difference